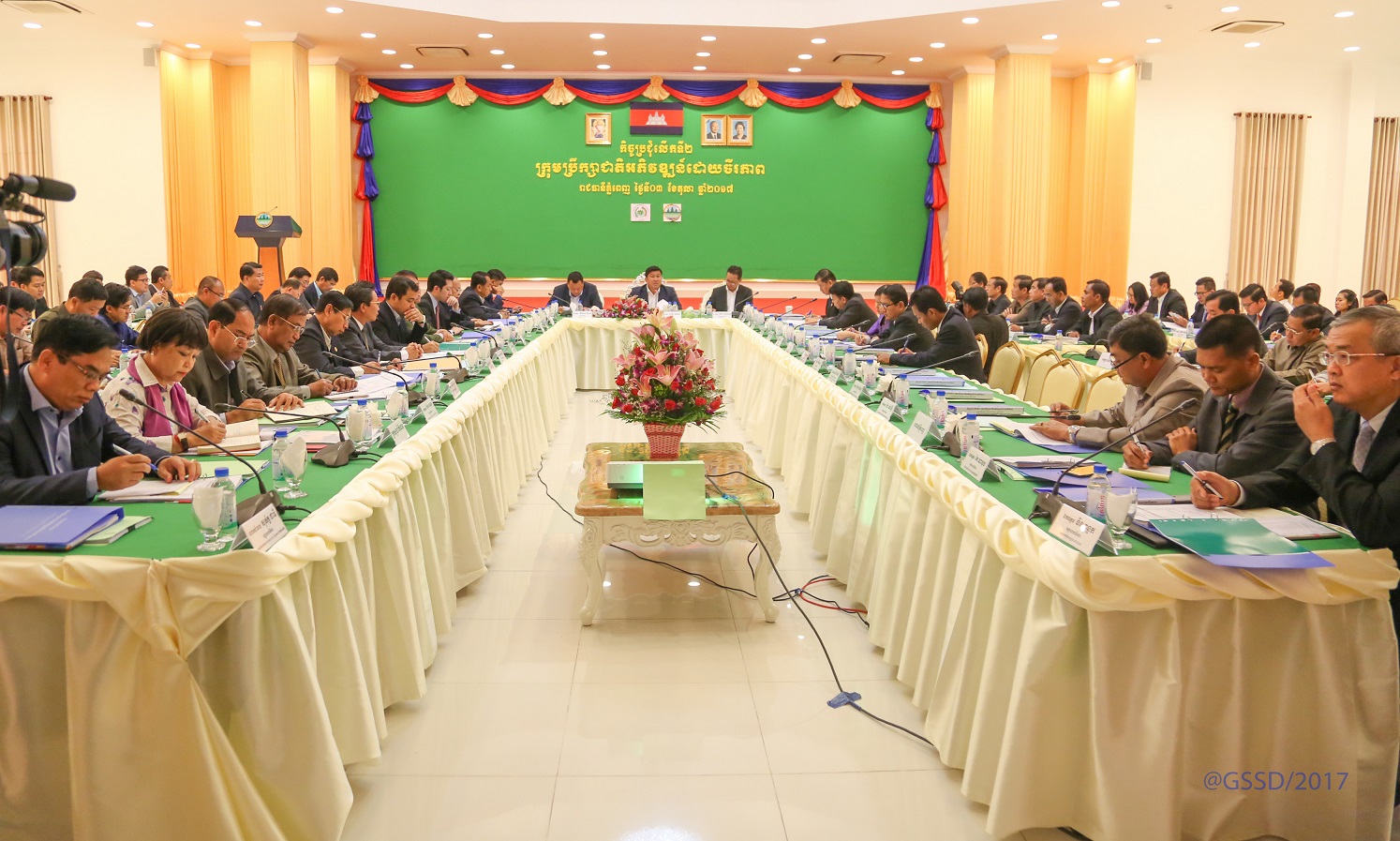 The second meeting of the National Council for Sustainable Development (NCSD) was held at the Ministry of Environment on 03 October 2017 under chairmanship of H.E. Say Samal, Minister of Environment and NCSD chairman. This meeting brought together senior government representatives at the central and provincial to review the progress made supporting development efforts, including collection inputs and principally approved on key strategic documents such as draft of Environment​ and Natural Resources Code, draft of National Environmental Strategy and Action Plan (NESAP) and REDD+ strategic plan.

He further noted the significant efforts made by NCSD during 2017 such as green economy, climate change response, biodiversity, and science and technology. Related to REDD+ and carbon sale in Mondul Kiri, the Ministry of Environment tends to decentralize the budget to province for self-financing, thus the stakeholders can work with the province directly.

Council members were engaged in very productive discussions​ on key agenda items lay the foundations for the way NCSD will operate in the future. Some results of this 2nd meeting included:

- Review the progress that the NCSD has achieved significantly in 2017:

- Take out “Rosatom” terminology from nuclear energy to broaden the cooperation

- Discussed, input and principally approved on the Environment and Natural Resources Code, and NESAP as well as request for collection inputs from the council members within 4 weeks.

- Discussed and approved the final draft of the REDD+ National Strategic Plan, 2017-2026 aimed at improving the functionality and institutional capacity at the national and sub-national level for the implementation of policies, laws and regulations effectively, which will contribute to improving the management of natural forests and biodiversity.

It’s noted that the National Council for Sustainable Development (NCDD) convened its first meeting on August 31, 2017, an important milestone in strengthening the foundation for the government's reform implementation to promote good governance and sustainable development.