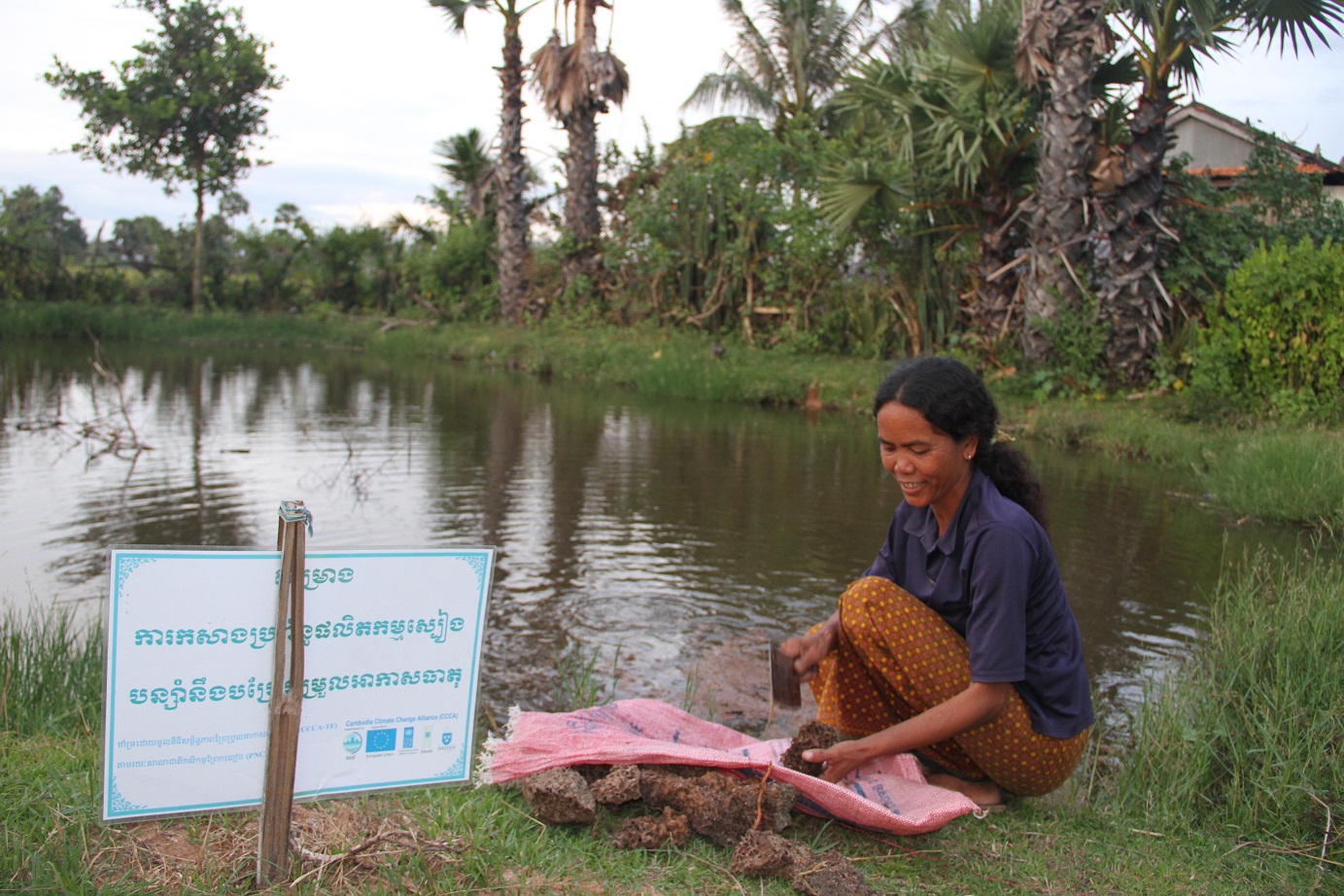 The pilot climate change projects funded by CCCA are designed to increase the resilience of vulnerable communities to the long-term impacts of climate change, but these projects also bring more immediate benefits for local populations trying to adapt to current climate variability and extreme events. This was recently demonstrated during the floods which hit Cambodia between August and October 2013, affecting 21 provinces and over 400,000 households, and leading to the loss of at least 168 lives. Many of the CCCA’s pilot projects have contributed to better preparedness and resilience of vulnerable communities. For instance: 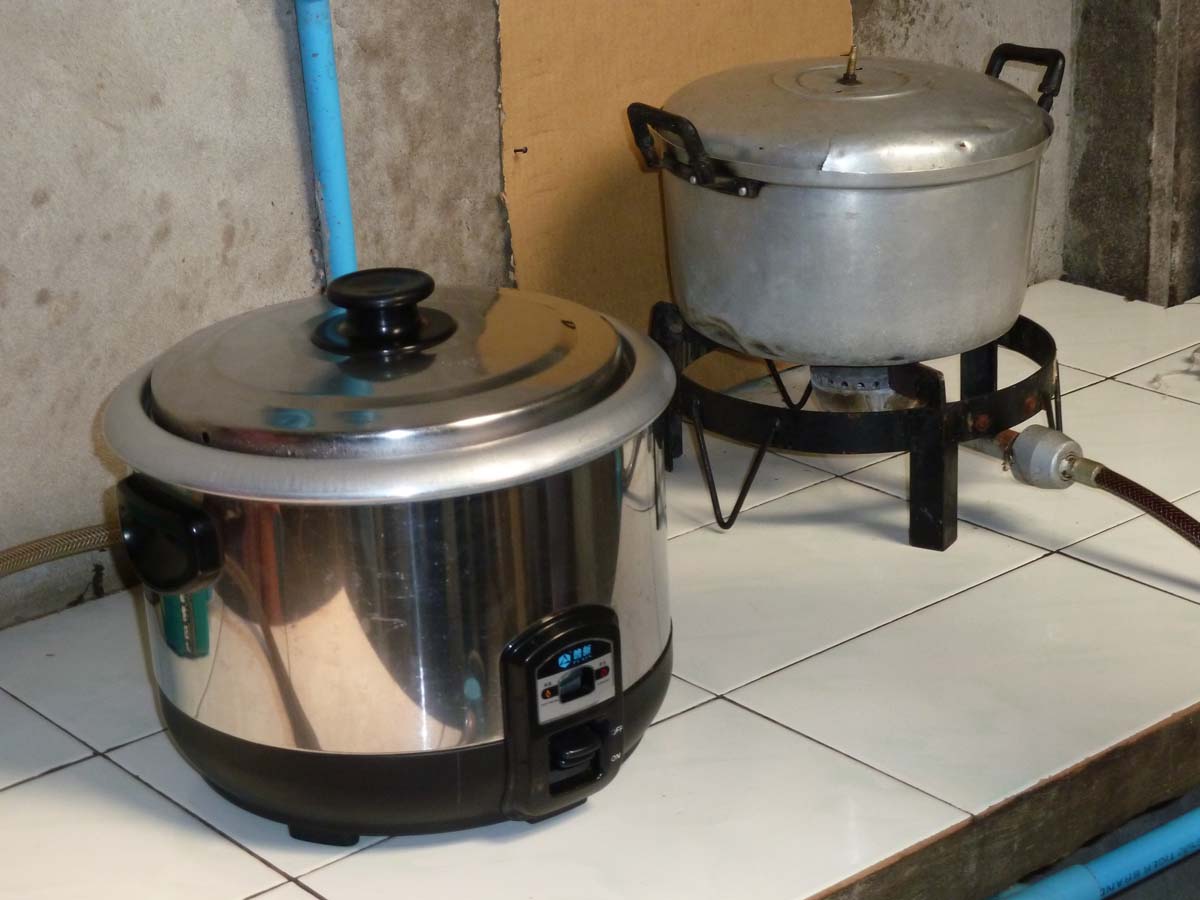 Svay Rieng Province is located in the southeast of Cambodia and covered by lowlands. Most families living in this province mainly depend on firewood to cook their meals due to the lack of other alternative sources of energy. The dependency on firewood can lead to unsustainable use of the forest resources in this province.

The bio-digester technology is one of the available options in Cambodia to reduce the demand of local communities for timber and non-timber forest products. It can provide clean energy for cooking meal and lighting the house by burning the methane gas released from animal manure. 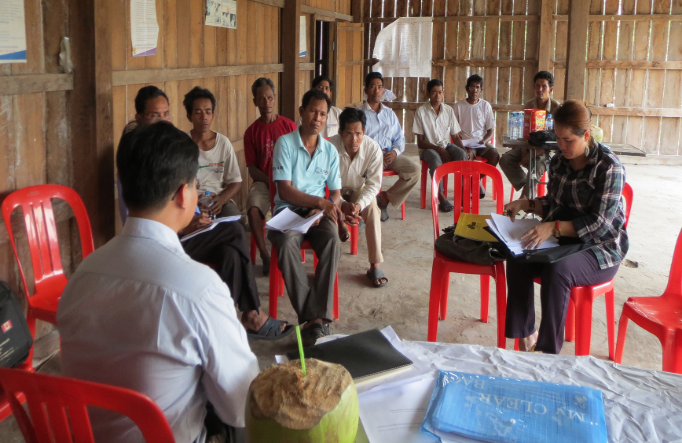 With funding support from CCCA-Trust Fund, the Department of Research and Protected Areas of the Ministry of Environment has been implementing one project entitled “Capacity Strengthening for Community Protected Area Communities in Boeung Per Wildlife Sanctuary to Adapt to the Impact of Climate Change” located in Kampong Thom, Siem Reap and Preah Vihear provinces. 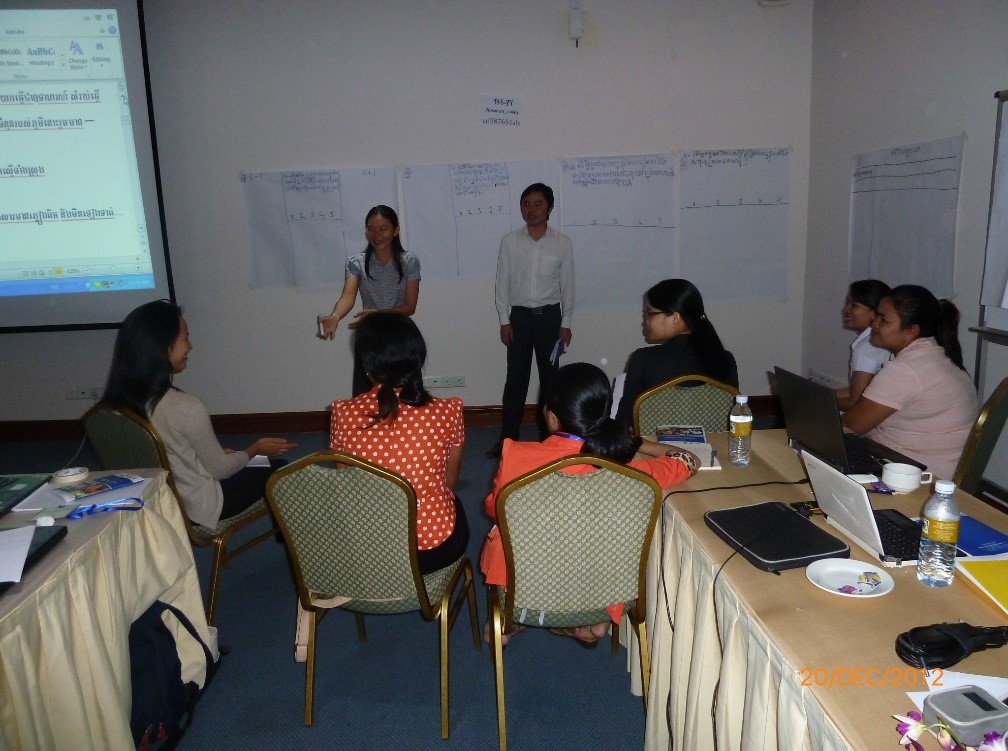 From 19 to 20 December 2012, the Cambodia Climate Change Alliance Trust Fund Secretariat (CCCA-TFS), organized a two-day training workshop on Vulnerability Reduction Assessments (VRA) at Himawari Hotel, Phnom Penh, as part of capacity development services provided to grant recipientsof the CCCA 2nd Call for Proposal. The objectives of the training workshop were to help build the capacities of grant recipients to conduct baseline and end-line data collection on climate change vulnerability of their project beneficiaries. 33 participants attended the training.