Report of the CoP18 Outcomes to the Prime Minister 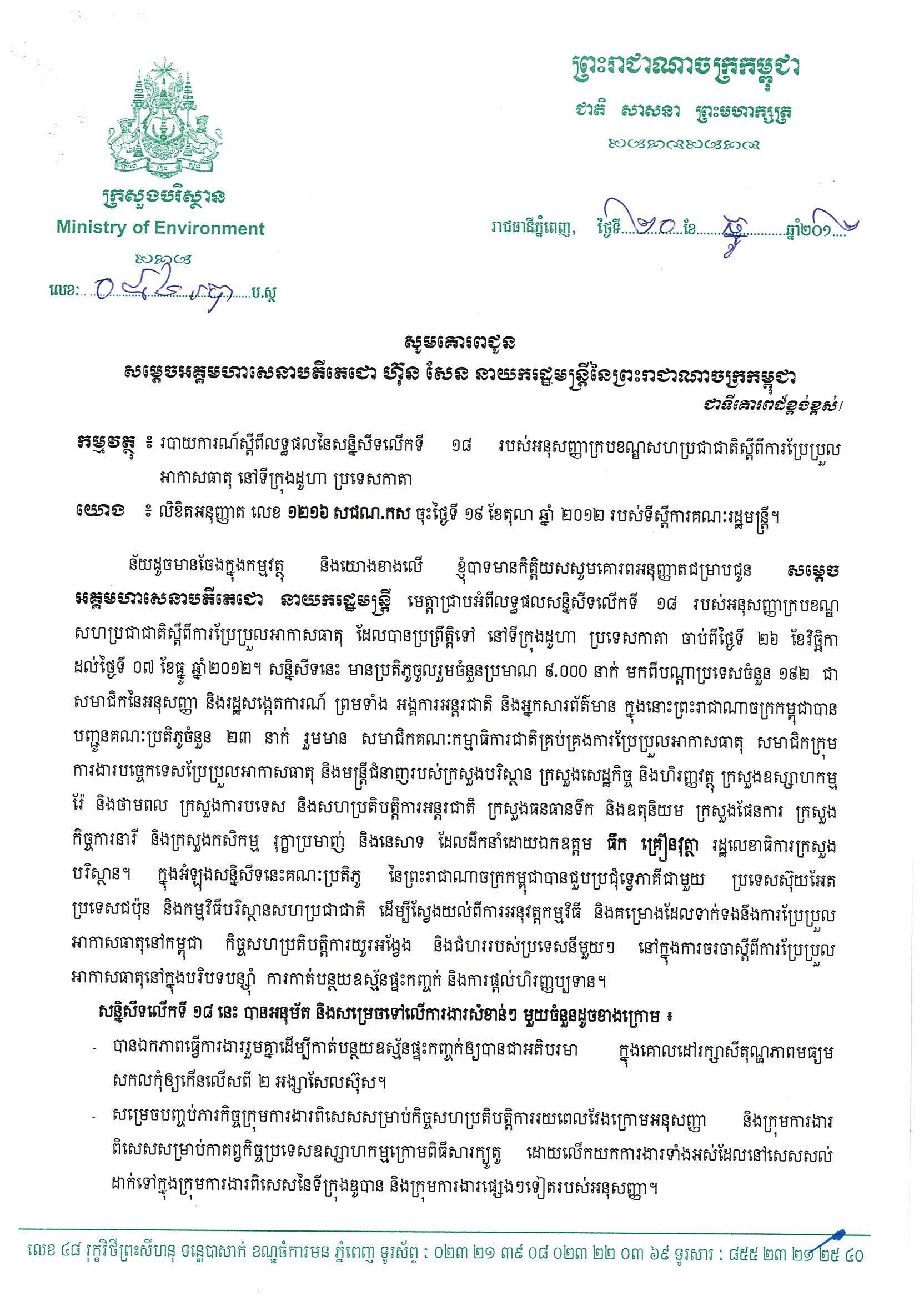 The United Nations Framework Convention on Climate Change conducted its 18th Conference of the Parties (CoP 18) from 26 November to 07 December 2012 in Doha, Qatar which was participated by over 9000 representatives from 192 member countries. There were 23 Cambodian delegations who are members of the National Climate Change Committee and Climate Change Technical Team, and representatives from key line ministries and Civil Society Organizationsns, paticipated in the conference. The Cambodian team was led by H.E Thuk Kroeunvutha, Secretary of State of the Ministry of Environment.

The brief outcomes of the conference is obtained here: CoP18 Outcomes (Kh Version) 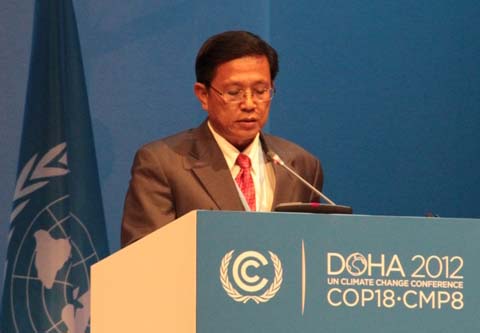 As a party to the UN Framework Convention on Climate Change (UNFCCC), Cambodia fully supports the efforts to address climate change based on the key principles of the UNFCCC.

Furthermore, the Cambodia negotiating positions have been proposed in line with those of the Least Developed Country (LDC) group and the G77+China group.

February 12, 2010   - Kampong Cham Students Discuss the Effects of Climate Change in Cambodia - American Corner, the Kampong Cham.    On February 12, three teams of students presented the results of an essay contest on climate change sponsored by the American Corner at the Kampong Cham University of Management and Economics.  U.S. Embassy Environmental Officer Juhani Platt and Public Affairs Staff Member Po Eng served as judges for the competition in which teams discussed such issues as greenhouse gas emissions, climate change adaptation, and mitigation solutions for Cambodia. The teams included two groups from a local high school and a third from the Regional Teaching Training Center. All three teams demonstrated impressive research and presentation skills to the panel. Team Three (Ms. Hy Dalin, Mr. Sreng Pisey, and Ms. Chan Sophalngean) from Preah Sihanouk High School was awarded the 1st place prize and a certificate of participation from the U.S. Embassy for their enthusiastic presentation that highlighted many important ways that Cambodians, Americans, and all people can help to mitigate climate change.  The team did an outstanding job connecting the global issue of climate change to local environmental issues that face Cambodia today.    The Embassy congratulates all the teams for their fantastic work and participation in the contest.